The management staff of “Azpetrol” Company met with the employees who took part in the 44-day Patriotic War. The meeting was attended by Jeyhun Mammadov, Director General of “Azpetrol” Company, some of the more than 200 employees participated in the liberation of our lands and other members of the company. In his introductory speech, Jeyhun Mammadov greeted the war veterans and thanked them for their courage and bravery. J.Mammadov prayed for the employees who died heroically for the motherland and commemorated them with a minute of silence. It was noted at the meeting that the great victory of the victorious Azerbaijani army under the leadership of President of the Republic of Azerbaijan, Supreme Commander-in-Chief of the Armed Forces Ilham Aliyev was important in the history of our independence. It was also noted that the employees of “Azpetrol” Company, like all the people of Azerbaijan, had a share in achieving this great victory. At the event, the war veterans were presented with a Letter of Appreciation and a cash prize by the company. The company has also started to provide long-term benefits of AZN 300 to the families of the martyred employees of “Azpetrol”. Karabakh is Azerbaijan! Azpetrol- Always towards development! 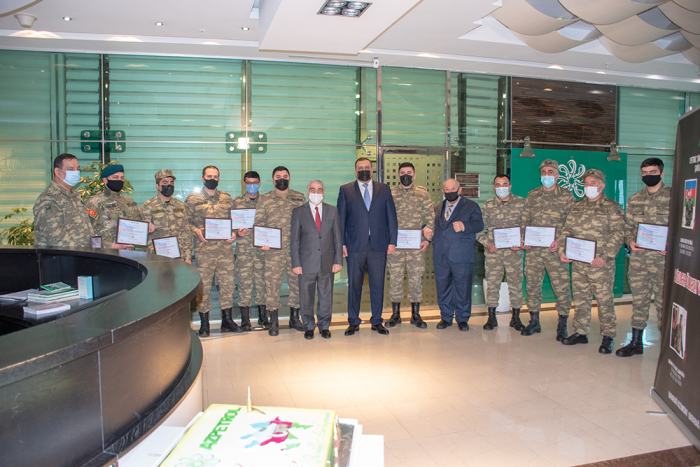 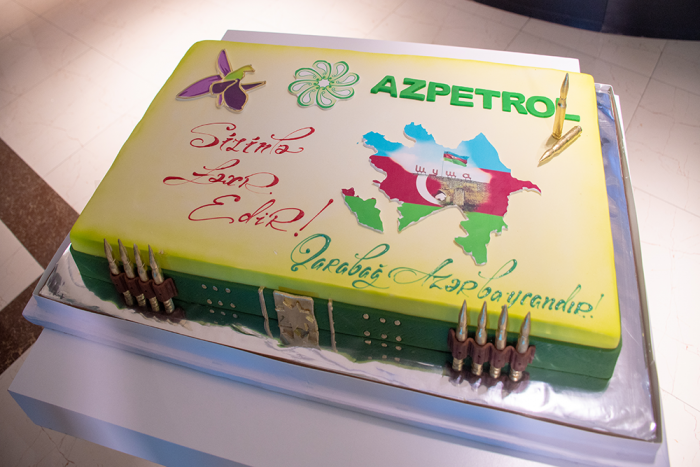